We sell partially-cooked crawfish tails from Louisiana, already peeled and deveined, so they are very easy to work with. Basically just add them to any dish and cook another couple of minutes. They have never been frozen and come in 1 pound vacuum-sealed bags. The season for crawfish is in the spring until the end of June.

Crawfish meat is sweet like lobster meat but more tender and not quite as rich. Cooked meat is a clean white. It takes about 7 pounds of whole cooked crawfish to get a pound of meat. You can freeze them in the vacuum-sealed bags they come in, and thaw also in the bags under cold running water.

Crawfish fat, sometimes called head fat, is orange when cooked and contains most of the flavor! 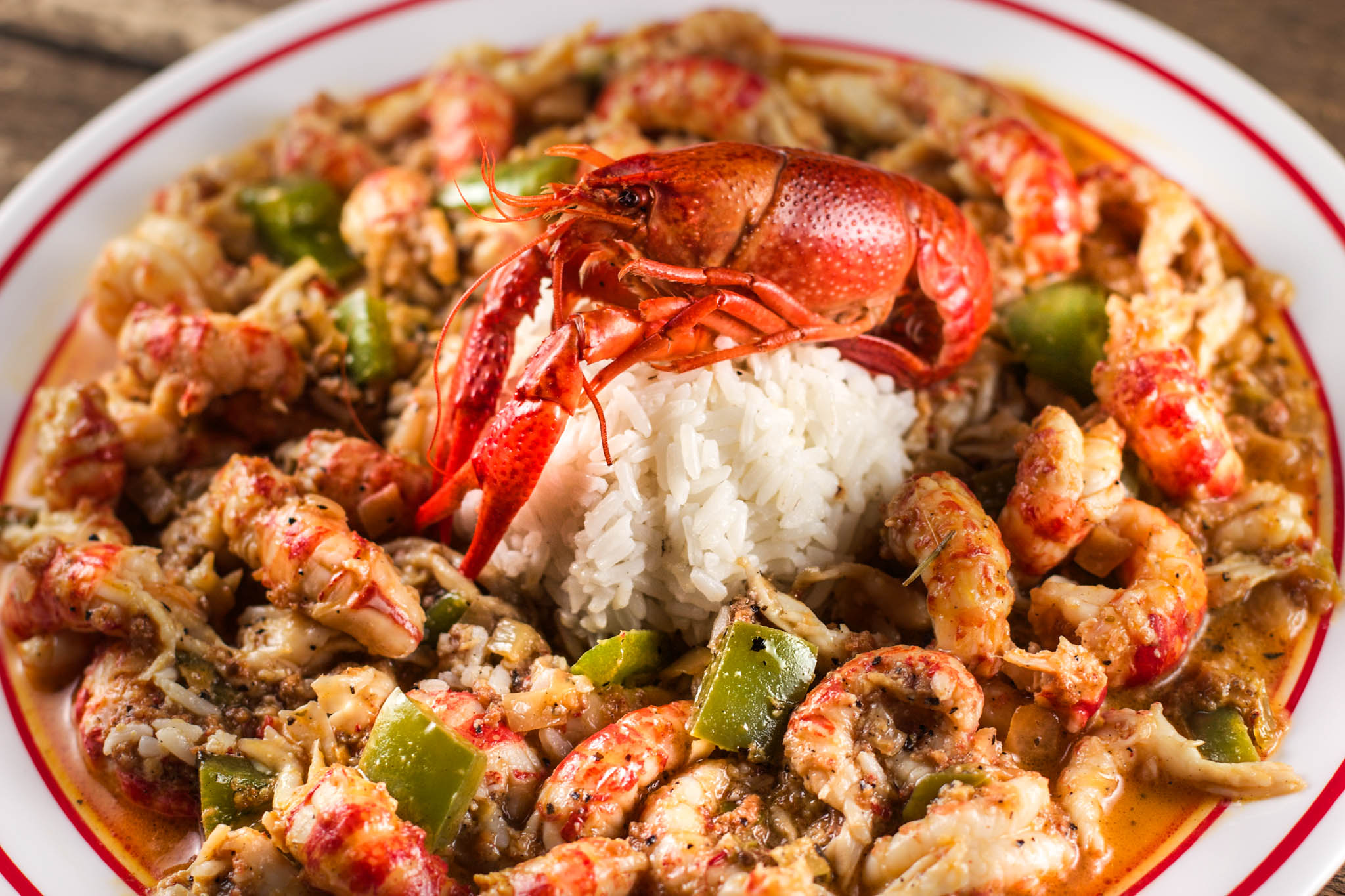 Crawfish are freshwater crustaceans that resemble miniature lobsters, ranging in size from 3 1/2 to 7 inches. Over 400 species are found worldwide, 250 of which are in North America, living in rivers, lakes, swamps, canals, wetlands and irrigation ditches.

In China, crawfish are cultivated in ponds with other fish. In California, fishermen trap cool-water crawfish in rivers that feed the Sacramento Delta. Fishermen in the Midwest trap the species in lakes. Limited amounts are farmed in Europe.

Brown flour in oil to a golden brown. Add onions.
Stir constantly until onions are almost cooked.
Add 1 1/2 cups cold water and simmer for 1/2 hr.
Add crawfish tails and fat.
Cook until crawfish turns pink.
Add about 2 cups of water and bring to a boil.
When water is rapidly boiling, add remainder of ingredients.
Stir to blend and cook on low heat covered for about 1/2 hr. or until rice is tender.
Five minutes before serving, use a 2 prong fork and fluff up jambalaya so that rice will have a tendency to fall apart.

This etoufee sounds hard, but it will not be long until you get the hang of it.

NOTE: Make fish stock from heads and tails of fish and/or crawfish.